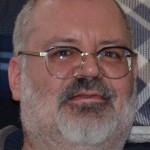 Steven C. Williams 52 of White Haven who passed away on Friday March 19, 2021 from injuries sustained in a motor vehicle accident in Wright Twp.

Born in Scotch Plains NJ, he is the son of Richard Williams and the former Bonnie (Fleming) Davis and her husband George.

He was a master mechanic for Enterprise Car Sales, Wilkes Barre.

Friends and relatives may pay their respects at the McNulty Funeral Home at 494 East Butler Dr. Freeland on Saturday from 1 to 3pm.

Burial will be at the convenience of the family. Donations in lieu of flowers, can be made to the SPCA of Luzerne County.