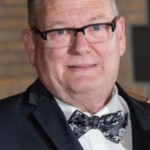 Robert J. Lindsey, of McAdoo, passed away unexpectedly on September 1, 2022 at Hickory Run State Park at the age of 64.

Born in Philadelphia in 1958, Bob’s interests spanned from fishing and being outdoors to rooting for his beloved Philadelphia sports teams. At the age of 18 Bob enlisted in the United States Army (’76-’82), were he was a military policeman while stationed in Germany. He honorably and proudly served his country in the California and Pennsylvania National Guard for 28 years. He was most recently a Park Ranger at Hickory Run State Park were he earned the nickname “Rockport Bob”.

Bob loved spending time with his family, his dogs, shooting at the range, defending the 2nd Amendment, participating in the Marine Corps League and rooting for the Hershey Bears. He often spoke of experiencing deja vu while stationed in Germany, which sparked a joy of participating in WWII reenactments. He shared his love of WWII with his grandson. Bob took great pride in being an active member of Alcoholics Anonymous, having 26 years of sobriety under his belt. He took great pride in helping others through their journey to sobriety.

Ever the charmer with the gift of gab, he never had a hard time striking up a conversation with a stranger; he was the unofficial mayor wherever he went. He will always be remembered for his thick Philadelphia accent, his outgoing personality and kind smile.

A funeral service will be held Monday, September 12, 2022 at McNulty Funeral Home 494 East Butler Dr. Freeland, PA. Pastor Louis Aita will officiate. Friends and family can call between the hours of 5 PM and 7 PM.