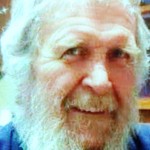 Subscription
Paul Edward Searfoss Sr. 78 of Freeland who passed away March 25, 2021 at his home.
Born in Lehigh Tannery Pa. on December 20, 1942 he was the son of the late Paul Joseph and June Thelma (McCluskey) Searfoss. Paul’s family then relocated in 1958 to Alexandria Virgina until Paul’s return to the area in 1981.
He was of Lutheran Faith.
Before retiring he was a Union Carpenter who loved to fish, hunt, shoot darts, pool, and throw horseshoes.
Paul was a member of American Legion Post 473, VFW Post 5010, Kidder Fire House, Mauch Chunk and Tannery Rod and Gun Club.
He was an honorably discharged Army Veteran serving from 1961 to 1967 after serving 3 years active and 3 years in the reserves.
Preceding him in death in addition to his parents was Brothers; Dale and Tommy.
He is the last surviving member of his immediate family.
Surviving is Daughters; Renee Searfoss- Hazleton and Laura Kerney and her husband Bill- New Hampshire. Son- Paul Edward Searfoss Jr.- Florida. Grandchildren; Logan, Morgan, Cody, Shane, Erin, and Ethan. Great Granddaughter; Emma Kate. Several nieces and nephews and Eileen McCausland also survive.
Burial will be at a later date in Laurel Cemetery, White Haven.
McNulty Funeral Home 494 East Butler Dr. Freeland was in charge of all arrangements.