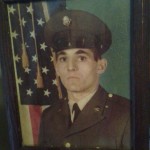 Michael Anthony Auman 64 passed away Monday at the Pavilion at St. Luke Village.

Born in Williamsport he was the son of the late Gorge Brian and Alice Mae (Smith) Auman.

He was of Lutheran Faith and an honorably discharged Veteran from the National Guard.

Mike was a truck driver for DB Whitebread.

Preceding him in death in addition to his parents was Brothers; Larry and Harry. Sister; Lois.

Funeral will be held at the convenience of the family.