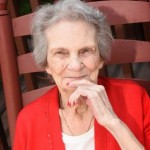 Born in Cedar Rapids Iowa she was the daughter of the late Peter Kimmel and Coyla (Dauenbaugh) Polak.

She loved cooking, spending time with her family and taking trips to Lancaster.

Burial will be at the convenience of the family.