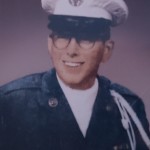 James Richard Patterson, known by many who loved him as Seamus, 72, of Freeland, entered the pearly gates of heaven on October 18th, 2019 surrounded by loved ones. James was born June 25th, 1947 in Lockport New York Memorial Hospital son of James Stewart Patterson and Helen Beatrice (Foran) Patterson. Preceding him in death in addition to his parents was his adoring brother Michael P. Patterson and his beloved wife Gloria H. (Escobar) Patterson. James accomplished many things in life. In his youth he was a second-class scout, a member of the bugle core playing first baritone and served as an altar boy in the catholic church. James graduated high school in 1965 from Lockport Senior High School, where he wrestled, was a member of the chess club, and a member of the color guard. As member of the color guard, James marched pregame for his favorite football team the Buffalo Bills. His passion for playing chess, taught to him by his loving father, advanced him to mastering his place as Niagara county Chess Champion in 1967 with various county championships to follow. After high school, James attended Niagara Community college, furthering his education, James attended Brockport State, where he received his bachelor’s degree of Arts. James had a love for geography and relished in meeting people from all cultural backgrounds. Apart from English, James was fluent in German, Thai, Spanish, and Gaelic. In 1969, during the Vietnam War Era, James decided to make the ultimate sacrifice for his county and enlist in the United States Air Force, where he became E5 active military police. While serving overseas in Germany, James became the United States Airforce Chess Champion. Among his many checkmates, he always attributed a blindfolded match with a top chess board player to his greatest victory. James continued to wrestle while serving in the Airforce as well. Among his extensive knowledge of wine, it was Mosel wine of Germany, that he deemed superior. James always had a passion for exercise. He was a powerlifter with his lifts including 325 lbs. on the bench press, squat 500 lbs., dead lift 525 lbs., while his body weight was a mere 190 lbs. James completed four marathons, where his best time was 3hours and 32 minutes. In 1973, James attended Ball State University, where he received his master’s degree in Executive development. James also held a degree in fire safety in addition to many certifications. In 1975 James married the love of his life, Gloria Escobar whom he met while both were attending college. His civilian career include working as a safety inspector and loss control consultant where he was honored with many acclimates for outstanding work. Among his many loves James embraced his Irish heritage like none other. He served many terms as president in the Ancient Order of Hibernians in various locations, loved to sing Irish classic music, had an Irish radio program in the past, and was well known for his Irish jokes bringing laughter to so many. He was a devote catholic and believed in old fashioned morals and values. James was a longtime member of the Knights of Columbus and volunteered as a scout leader and a merit badge counselor with the boy scouts while his son was a member. James was afflicted with many aliments from his Agent Orange exposure during his wartime service to the military deeming him a disabled veteran, but his positive, determined attitude was a true inspiration to all who knew him. Above all, nothing was more important to James than his family. He was beaming with pride of his family’s accomplishments and was the foundation of them all. Surviving are his Daughter, Darlene Casey, and her husband Bryan, Freeland. Son James A. Patterson, Freeland. Grandchildren Aries Klesh, Felicity Patterson, and Summer Casey. A viewing period will be held Saturday from 9:30 to 11:30 at McNulty funeral home. A funeral service will begin at 12:00 at Immaculate Conception. Burial will take place at 1:00 at Calvary cemetery.