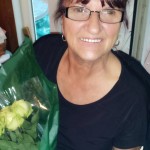 Donna Marie Topito, of Hickory Hills, White Haven, crossed over on Sunday evening August 15th at Lehigh Valley Cedar Crest Hospital. Born on October 5, 1954, Donna was the daughter of the late Marie Adams of Freeland. She also was preceded in death by her beloved older brother Jerry Seiwell. Donna fought a brave ten-month battle with cancer. She leaves behind three adult children: Melissa, Jacqueline, and Christopher. In addition, she had two grandchildren Daniel and Abria. Donna also loved her longtime pup “Lucky” and grandcat “Sedona.” A devoted retiree of the White Haven State School 35 years of service, Donna bartended many years at the Split Rock lodge in the Poconos and local VFWs. She was passionate about veteran’s affairs and loved playing golf in her later years. In addition to loving her lottery and casinos, Donna loved the film The Sound Of Music, as well as country music. Her official wedding song was “Oh Donna” by Ritchie Valens, and she had an affection for birdwatching on her deck. Donna loved nothing more than the ocean, sunshine, and loyalty. A memorial in her memory will take place later this fall.